How To Live Better With Motor Neurone Disease

How To Live Better With Motor Neurone Disease

The ultimate goal of physiotherapy is to help people live better lives, regardless of what ailments they face. When it comes to motor neurone disease, you’re dealing with a lot of unpleasant symptoms as well as the mental challenges of a life-threatening disease.

What is motor neurone disease?

Motor neurone disease is a neurodegenerative illness affecting the brain and spinal cord that leads to progressive paralysis.

“Nerve cells (neurones) control the muscles that enable us to move, speak, breathe and swallow. Motor neurone disease (MND) is the name given to a group of diseases in which these neurones fail to work normally. Muscles then gradually weaken and waste, as neurone degenerate and die.”

The disease affects around 2 out of every 100,000 people from middle age to the elderly, usually in the sixth or seventh decades of life. But it can affect younger people occasionally. 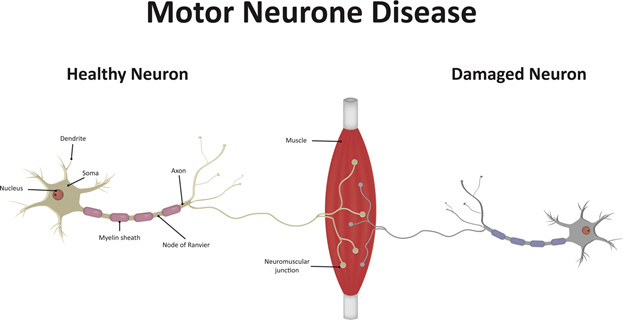 Limb symptoms, which are the most common, include:

Respiratory onset symptoms, which are the least common, include:

Perhaps the only bright side in terms of motor neurone disease is that there is no pain associated with these symptoms. However, this can lead to the condition going undiagnosed for longer than it should, which is very dangerous.

In addition to these unfortunate motor neurone disease symptoms, life expectancy with the illness tends to be between 2 and 5 years from the onset of the disease.

Although this prognosis is grim and it’s still incurable, motor neurone disease signs and symptoms are treatable and there are things you can do to live better in spite of the disease.

Unfortunately, motor neurone disease symptoms, NHS studies show, cause nihilism to take hold of many patients who are diagnosed with the condition. It’s understandable that it would be difficult to feel like there’s a point to life when you’re given such a devastating diagnosis without much time left.

Still, even with these symptoms of motor neurone disease, NHS researchers have found that physiotherapy can improve the rest of your life in huge ways. After all, all we can do is live our lives to the best of our ability day by day.

Our talented physiotherapists believe in the power of movement to help people from all walks of life. We’re trained, knowledgeable, and committed to helping you live a better life from the inside out, no matter what.

If you’re dealing with the unimaginable turmoil associated with motor neurone disease, consider getting in touch with Physio Inq to help your body feel as good as it can. You can visit us at one of our convenient clinics throughout Australia or let us come to you with our mobile physio services.

We know it’s not a cure, but we’re sure you’ll experience a plethora of benefits from physiotherapy, both in body and mind.? We’re here for you! Give us a call today or book online with one of our mobile and home services.