The 6 Most Common Netball Injuries and How to Prevent Them

The 6 Most Common Netball Injuries and How to Prevent Them

As one of the most popular sports in Australia, netball attracts players of all ages. However, did you know that Netball injuries are fairly commonplace. In our latest blog, we dive into the most common netball injuries and how to prevent them.

Whether you play weekly with some mates just for fun, you’re on your school’s or local clubs netball team, or you’re hoping to play professionally, one reality of the sport is that injuries are common.

With so much twisting, jumping, and explosive movements, it’s no surprise that you’ll probably experience a netball injury with enough play. So, here we’re going over the 6 most common netball injuries and how to prevent them so we can keep you on the court longer.

Before we get into the most common netball injuries, first, let’s get into the numbers. Here are a few statistics from the Australian Sports Commission:

According to another study from the Journal of Science and Medicine in Sport, most netball injuries are not the result of direct contact. The study found that between 66.1 and 71.4 out of 1,000 participants sustained a non-contact netball injury. 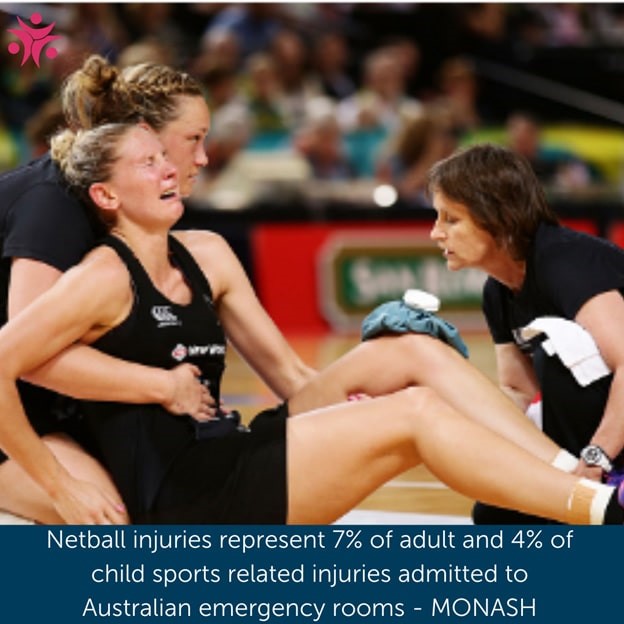 Next, we’re sharing the 6 most common injuries in netball, what causes them, what symptoms they present and how to prevent them.

Is netball bad for your knees?

Before we go over in more detail the most common netball injuries, let’s first answer this frequently asked question, “Is netball bad for your knees?”

The short answer is yes, netball is quite strenuous on your knees. But, we wouldn’t necessarily say that it’s “bad”.

In many ways, playing sports like netball is actually good for your knees. Any physical exercise helps to strengthen and mobilise your joints and is far healthier for every part of your body than living a sedentary lifestyle.

As we’ll see below, half of the most common injuries in netball relate to injuries of the knee. So, considering those numbers, it does seem that netball presents a heightened risk of injuring your knee joint.

In fact, upwards of 25% of netball injuries involve a rupture of the ACL. And anyone who knows a thing or two about this ligament knows that an ACL injury is completley debiliating.

Knee injuries are so prevelant in netball that the Netball Australia KNEE Program has been put in place to help players prevent ACL injuries and other knee injuries within the sport.

However, netball being “bad’ for your knees could be said of almost all sports that require running, jumping, sudden changes in speed and direction and potential collisions.

As we’ll explain below, yes, netball seems to be dangerous for your knees. However, there are ways to treat and prevent most netball knee injuries to help keep your knee joints strong and healthy.

So overall, yes, netball is rough on your knees but we’d always encourage people to play sport, even if there’s a risk of injury. The alternative of a sedentary lifestyle seems to be a far worse fate.

Now, without further ado, let’s go over these common netball injuries and their causes, symptoms, treatments and prevention methods.

First on the list is ankle sprains where you twist your ankle causing the ligaments or muscles to tear. With so much running, jumping, and quick direction changes in netball, it makes sense that ankle sprains would be a common netball injury. 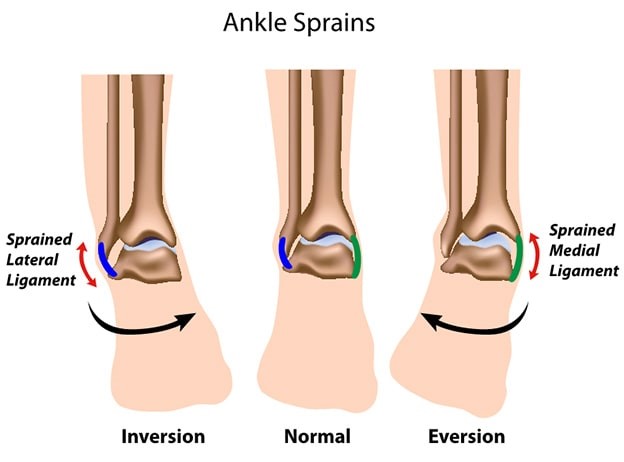 What are the symptoms of an ankle sprain?

How to prevent ankle sprains:

There are two main ways to prevent ankle sprains, these include

Other ankle injuries one might experience from playing netball include:

What is Patellofemoral Syndrome?

What are the causes of Patellofemoral Syndrome in netball?

There are many causes of Patellofemoral Syndrome that come from netball. Some of these include:

The main symptom of PFP is the gradual onset of pain directly on or underneath the kneecap.

Other symptoms can include:

How to prevent Patellofemoral Syndrome?

Here are a few ways you can prevent Patellofemoral Syndrome:

What Is Patellar Tendinitis (Jumper’s Knee)?

The patellar tendon is the tendon that attaches your quadriceps to the shinbone and passes through your knee. Patellar tendinitis, therefore, is the inflammation of this tendon.

What are the causes of Patellar Tendinitis?

What are the symptoms of Patellar Tendinitis?

How do you prevent patellar tendinitis?

Your ACL, or anterior cruciate ligament, is one of the four major ligaments that help to stabilise the knee joint. It attaches the femur to the tibia and runs through the knee. An injury to your ACL can be devasting.

What are the main causes of ACL injuries in netball?

Some causes of ACL injuries during netball include:

How to Prevent ACL injuries during netball?

Some prevention techniques can include:

Other possible netball injuries of the knee include: 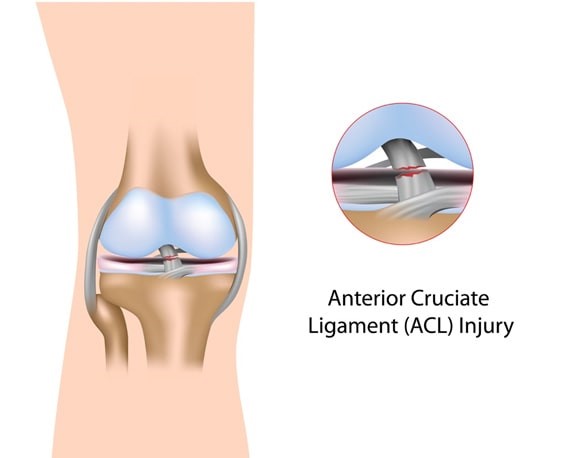 Other useful resources for ACL injuries

Shin splints are a repetitive stress injury that tends to come on gradually. They are typically caused by poor form while running and weak shin muscles, manifesting as pain near the tibia (shin) during play that continues even after the game. 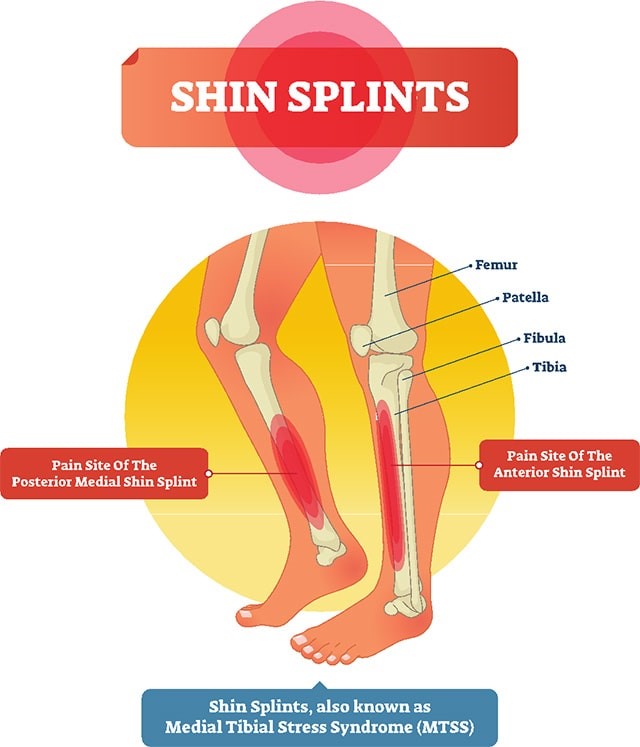 How to Prevent Shin Splints:

Other useful resources for Shin Splints

What is Netball Finger Injury

Symptoms of Finger Injuries in Netball:

What are the symptoms of finger injuries during netball?

Causes of Finger Injuries in Netball

Most netball finger injury occurrences involve the ball or another player colliding with a finger at an unfortunate angle.

Technically speaking, finger injuries in netball are caused when the finger is bent too far or overstretched to the point that it causes damage to the ligaments in your hand.

How to Prevent Finger Injuries in Netball

It’s difficult to altogether prevent finger injuries while playing a sport like netball. However, hand guards and other protective equipment may help.

Like all the other common netball injury prevention methods, the best way to prevent netball finger injuries is to:

What are ways to prevent injuries during Netball

As you examine these common netball injuries, you might start to notice a few common themes between the causes of these injuries. Prevention, therefore, is all about stopping these causes from happening before they start.

We already went over prevention techniques for each individual netball injury, but these are the best ways to prevent netball injuries in a general sense.

Now, that you understand what to strengthen or stretch to help prevent netball injuries, you’re probably wondering what exercises can actually help you reach that goal. That’s where a physiotherapist comes in.

When you see a physio, they’ll be able to quickly assess your strengths and weaknesses to create a personalised exercise plan to help you prevent netball injuries as best you can. Without one, you’ll likely be shooting in the dark (get it?).

Especially when it comes to your knee joints and potential ACL injuries, it’s important to work with a professional to deal with these common netball injuries.

Call us today to meet with one of our friendly physiotherapists at a convenient clinic near you. Or use our mobile physio services that can come straight to you. Potential injuries shouldn’t stop you from playing netball. Let’s work together to prevent netball injuries as much as possible.

Want to read more blog articles from Physio Inq? Check out some blogs we think you may like:

How Long Does It Take for a Corked Thigh to Heal? 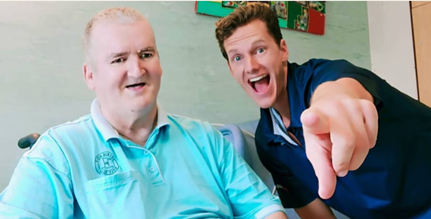 What Is Community Physiotherapy? 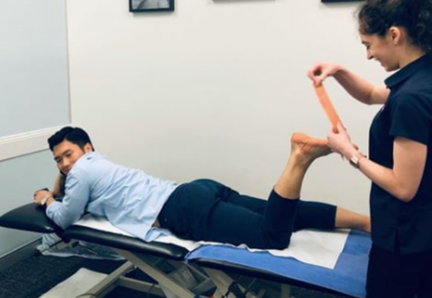 Is Physiotherapy Covered by Health Insurance? What You Should Know.