Each tennis player has a unique style: just watch Roger Federer and Rafael Nadal! But chances are, they’ve both had problems with their wrists as it’s common for players to have at least one tennis wrist injury during their career.

If you become injured, understanding the different types of tennis strokes helps you to be more specific when something goes wrong. And as physiotherapists, it’s best to have as much information as possible.

So, today we’ll analyse different tennis strokes, the wrist injuries associated with them, and specific exercises to do for prevention and rehabilitation of wrist injuries.

Keep in mind that other common tennis injuries include shoulder rotator cuff tendinopathy and lateral epicondylalgia or “tennis elbow,” but we will look further into those another day.

In tennis, wrist injuries most commonly occur during forehand groundstrokes. This is the most commonly used stroke and is performed with the dominant forearm in full supination (outward roll) and the wrist flexed in ulnar deviation (fingers bending toward the ulna bone and away from the thumb).

The ECU tendon, or the extensor carpi ulnaris which is the tendon lying across the wrist, is put through a high amount of eccentric load during the forehand swing. The dynamic repetition of this stroke depends largely on the integrity of the ECU tendon and its ability to contribute to wrist flexion and extension.

During these powerful Forehand swings, the Stretch Shortening Cycle (SSC) is at work. Essentially, the SSC is a passive stretch where the power is generated upon release of the stored energy.

Think of it like a rubber band. If you were to pull on a rubber band, the energy would be passively stored from within the band. Once the rubber band is then released from your hand, all of the stored energy is then shot out.

During both players’ Forehand strokes, muscles like the bicep, pecs, and wrist flexors are put on a heavy stretch before contact with the ball, but it is even more pronounced during Nadal’s Forehand because of the increased amount of supination/wrist extension.

We see different types of wrist injuries, mostly in the ulna for each of these Forehand styles including:

In general, De Quervain’s stenosing tenosynovitis is the most common of all tennis wrist injuries.

Exercises for tennis wrist injuries are where Physio Inq comes in. When suffering from a tennis wrist injury, it’s important to see a physiotherapist as soon as possible. You’ll learn what to do for rehabilitation and re-strengthening the muscles, but you’ll also learn preventative measures.
For the wrist injuries mentioned above, we would recommend:

Overall, every sport comes with risks and we would never suggest avoiding sports for the fear of injury. Yes, getting injured might set you back a few matches and it can be tough, but with expert physiotherapists at your disposal and all the things you learn about yourself through an injury, there’s truly nothing to fear.

So, get in the game! And if you’re worried that you may have developed a wrist injury through tennis, our team of Physio Inq physiotherapists can help you learn effective exercises with a specialised treatment plan just for you.

Our team of clinic and home physiotherapists can help get you back on track to move better and live a life with less limits.

If you are after a sports specific physiotherapist we have some physios who specialise in sports physiotherapy that might be able to assist. Some of our clinic locations include;

Call us today or book online for your next appointment. We look forward to helping your Forehand tennis stroke improve and to help get you back on the court! 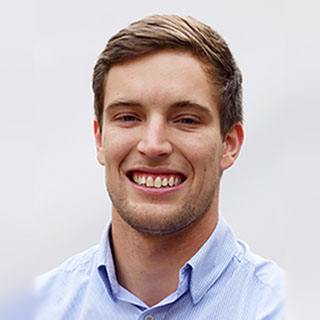