The 5 Most Common Netball Injuries and How to Prevent Them

The 5 Most Common Netball Injuries and How to Prevent Them

As one of the most popular sports in Australia, netball attracts players of all ages. Whether you play weekly with some mates just for fun, you’re on your school’s or local clubs netball team, or you’re hoping to play professionally, one reality of the sport is that injuries are common.

With so much twisting, jumping, and explosive movements, it’s no surprise that you’ll probably experience a netball injury with enough play. So, here we’re going over the five most common netball injuries and how to prevent them so we can keep you on the court longer.

Before we get into the most common netball injuries, first, let’s get into the numbers. Here are a few statistics from the Australian Sports Commission:

According to another study from the Journal of Science and Medicine in Sport, most netball injuries are not the result of direct contact. The study found that between 66.1 and 71.4 out of 1,000 participants sustained a non-contact netball injury. 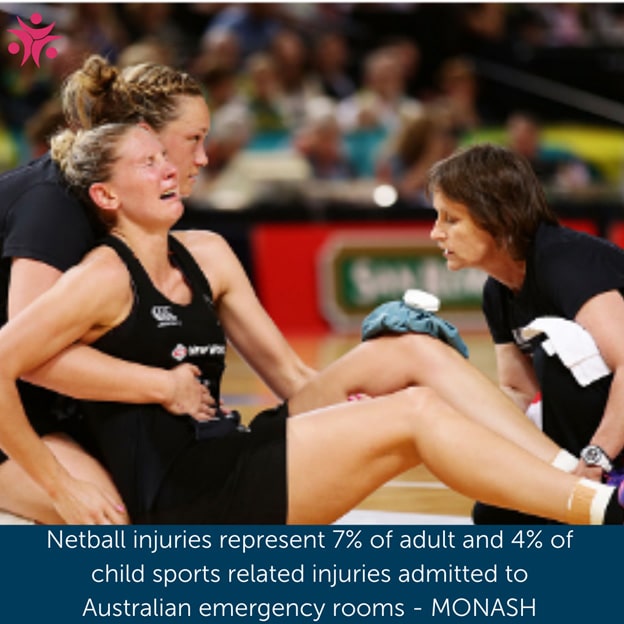 Next, we’re sharing the five most common injuries in netball and how to prevent them.

First on the list is ankle sprains where you twist your ankle causing the ligaments or muscles to tear. With so much running, jumping, and quick direction changes in netball, it makes sense that ankle sprains would be a common netball injury.

Causes of ankle sprains in netball: 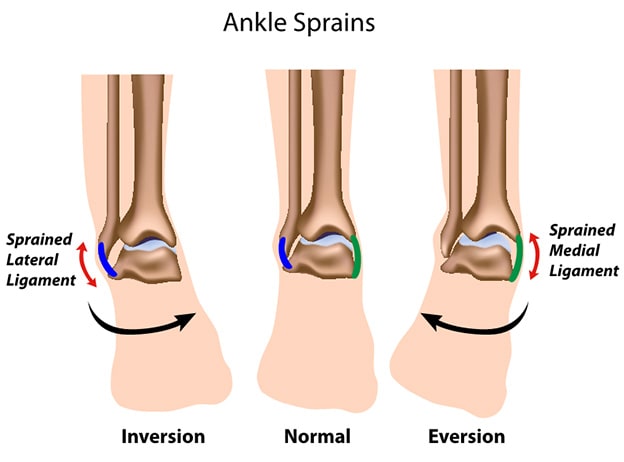 Symptoms of an ankle sprain:

How to prevent ankle sprains:

Other ankle injuries one might experience from playing netball include:

Causes of PFP in netball:

The main symptom of PFP is the gradual onset of pain directly on or underneath the kneecap.

How to prevent PFP:

The patellar tendon is the tendon that attaches your quadriceps to the shinbone and passes through your knee. Patellar tendinitis, therefore, is the inflammation of this tendon.

How to prevent patellar tendinitis:

Your ACL, or anterior cruciate ligament, is one of the four major ligaments that help to stabilise the knee joint. It attaches the femur to the tibia and runs through the knee. An injury to your ACL can be devasting.

How to Prevent ACL injuries:

Other possible netball injuries of the knee include: 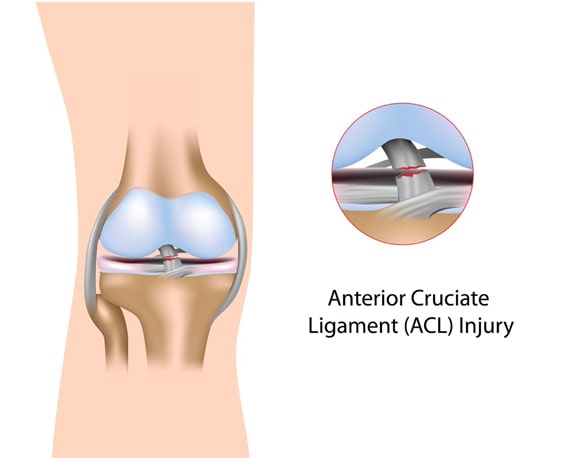 Other useful resources for ACL injuries

Shin splints are a repetitive stress injury that tends to come on gradually. They are typically caused by poor form while running and weak shin muscles, manifesting as pain near the tibia (shin) during play that continues even after the game.

How to Prevent Shin Splints:

Other useful resources for Shin Splints

Prevention of Injuries in Netball

As you examine these common netball injuries, you might start to notice a few common themes between the causes of these injuries. Prevention, therefore, is all about stopping these causes from happening before they start.

We already went over prevention techniques for each individual netball injury, but these are the best ways to prevent netball injuries in a general sense.

Now, that you understand what to strengthen or stretch to help prevent netball injuries, you’re probably wondering what exercises can actually help you reach that goal. That’s where a physiotherapist comes in.

When you see a physio, they’ll be able to quickly assess your strengths and weaknesses to create a personalised exercise plan to help you prevent netball injuries as best you can. Without one, you’ll likely be shooting in the dark (get it?).

Call us today to meet with one of our friendly physiotherapists at a convenient clinic near you. Or use our mobile physio services that can come straight to you. Potential injuries shouldn’t stop you from playing netball. Let’s work together to prevent netball injuries as much as possible.