How Many Coffees A Day Is Too Much?

How Many Coffees A Day Is Too Much?

While people around the world might think of Australia as the land of kangaroos and koalas, we all know that here, it’s all about the coffee. Local roasters and unique cafes are sprinkled all throughout Australia which begs the question, how many coffees is too many?

Australia it’s own right has a unique coffee culture of it’s own that is influenced mostly from the large Italian immigrant population. One of the wonderful things the Italians brought with them is their love of coffee, and you can find some of the best across Australia.

“Revenue for the Cafes and Coffee Shops industry has grown moderately over the past five years, supported by Australia's vibrant coffee culture. Industry revenue is expected to grow at an annualised 2.5% over the five years through 2018-19, to $9.9 billion.”

Whether you can’t get enough of its taste and aroma or you’re well and truly addicted to its stimulating benefits, it’s important to make sure you’re not overdoing it like most things in life!

Now if you’re new to this whole new coffee thing, I’ve stole an excellent diagram from https://www.sydneymovingguide.com/coffee-in-australia/ showcasing the many coffees our local baristas are conjuring up for us caffeine addicts.

How Much Coffee Does an Average Person Drink?

According to various studies, coffee-drinking is on the rise. Professor Alina Hypponin from the Australian Centre for Precision Health said that coffee is the most commonly used stimulant in the world and statistics from the US showed that half of young adults ages 18 to 24 reported drinking coffee.

In 2018, Australians consumed 1.875 million 60-kilogram bags of coffee. It’s a $9.9 billion industry, making Australia one of the largest coffee markets in the world and Aussies know that coffee is a centrepiece of Australian culture.

The bottom line is we’re all hooked.

There has to be a reason why so many of us consume so much coffee, right? Well, a lot of research has been done about why we’re all hooked on coffee and there are a lot of benefits from drinking coffee in moderation.

Some of the more extreme benefits that some researchers have claimed include coffee’s ability to maintain brain health, put the breaks on prostate cancer, and even increase one’s life expectancy.

But, on a more day-to-day basis, other benefits of drinking coffee include increased productivity and focus, pain relief, improved mood, more energy, and if you drink it black, coffee can also prevent cavities.

However, as to be expected, there are some caveats to drinking coffee and too much of a good thing can sometimes go south. 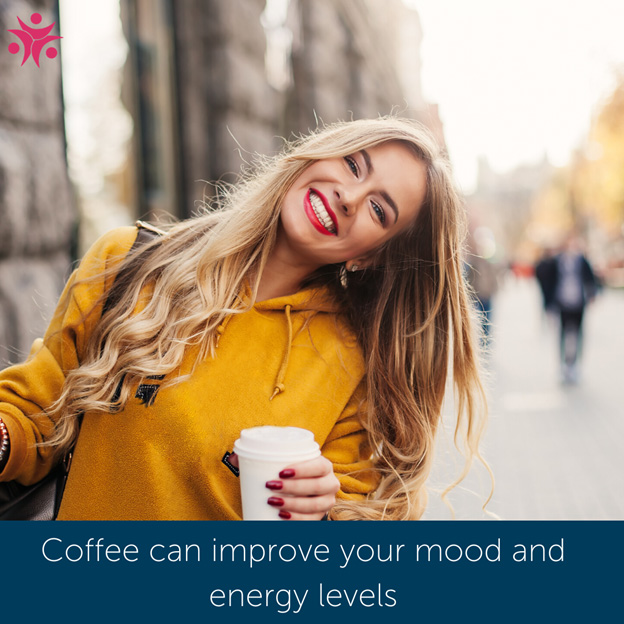 Negative Side Effects of Drinking Too Much Coffee

We’ve all been there. We had a rough sleep and in order to push through another long day at work or with the kids, we gulp down yet another cup of coffee. It helps, but we get some negative side effects, too.

Some of the most common negative side effects of drinking coffee include:

For someone who hasn’t built up a tolerance to coffee and caffeine, these are all symptoms you might experience even just drinking one cup of coffee. Depending on your daily habits and how often you drink coffee, the amount of coffee it takes to feel these effects will vary.

When you start to feel “off,” anxious, and like you’re more or less freaking out, it’s a good sign that you’ve had too much coffee for your body to handle. In most cases, having one or two cups a day should be plenty to get all the positive benefits without the negative side effects.

How Many Coffees a Day is Too Much?

Multiple studies, both from the University of South Australia and The American Journal of Clinical Nutrition, warn that the maximum number of coffees you should be drinking per day is six. From there, you increase your risk of heart disease by up to 22%.

This risk is caused by high blood pressure, a potential side effect of the caffeine in coffee which was found as a result of studying 347,077 people from the UK Biobank between the ages of 37 and 73; 8,368 of which had already been diagnosed with heart disease.

It’s important to note here that some people are predisposed to the risk of high blood pressure and heart disease at the hands of too much coffee. Variations in the gene called CYP1A2 (which is key in caffeine metabolism) can mean you metabolise caffeine less effectively.

The study looked at how much coffee each person drank per day, whether or not they had the CYP1S2 genetic variant, and their likeliness to develop heart disease. It was determined that even with the gene variation, coffee was a more significant predictor of heart disease.

As a result of the study, these researchers decided that the tipping point for too much coffee is six cups a day and this is the limit you should definitely stay under if you want to control your high blood pressure and prevent a heart disease diagnosis.

For some people, six cups of coffee may seem extreme. Most of us only drink half that, and only on particularly full-on days. However, the data shows that others may be drinking this much coffee on a regular basis and it’s causing their hearts to work harder and harder to maintain its health.

When you consume too much caffeine, your body is put on full blast and the result over time is high blood pressure and an increased risk of heart disease and other cardiovascular issues.

If you drink up to six coffees per day or you’re regularly experiencing the negative side effects of coffee, it’s probably time to think about some alternatives. After one or two coffees, if you still need a boost, you could try:

At Physio Inq, we see clients all the time who are struggling with energy levels and issues like poor concentration. Rest assured that there are many other ways to deal with these struggles that don’t include having another cup of coffee.